The Rural Olympics Hall of Fame committee selected the following candidates for induction in 2017.

The 2017 Golden Hay Hook Awards were presented at the AV Fair Kickoff to Rich Breault Paul Knapp and Liz Breault by John Knapp on left and by Bill Rawlings on the right. 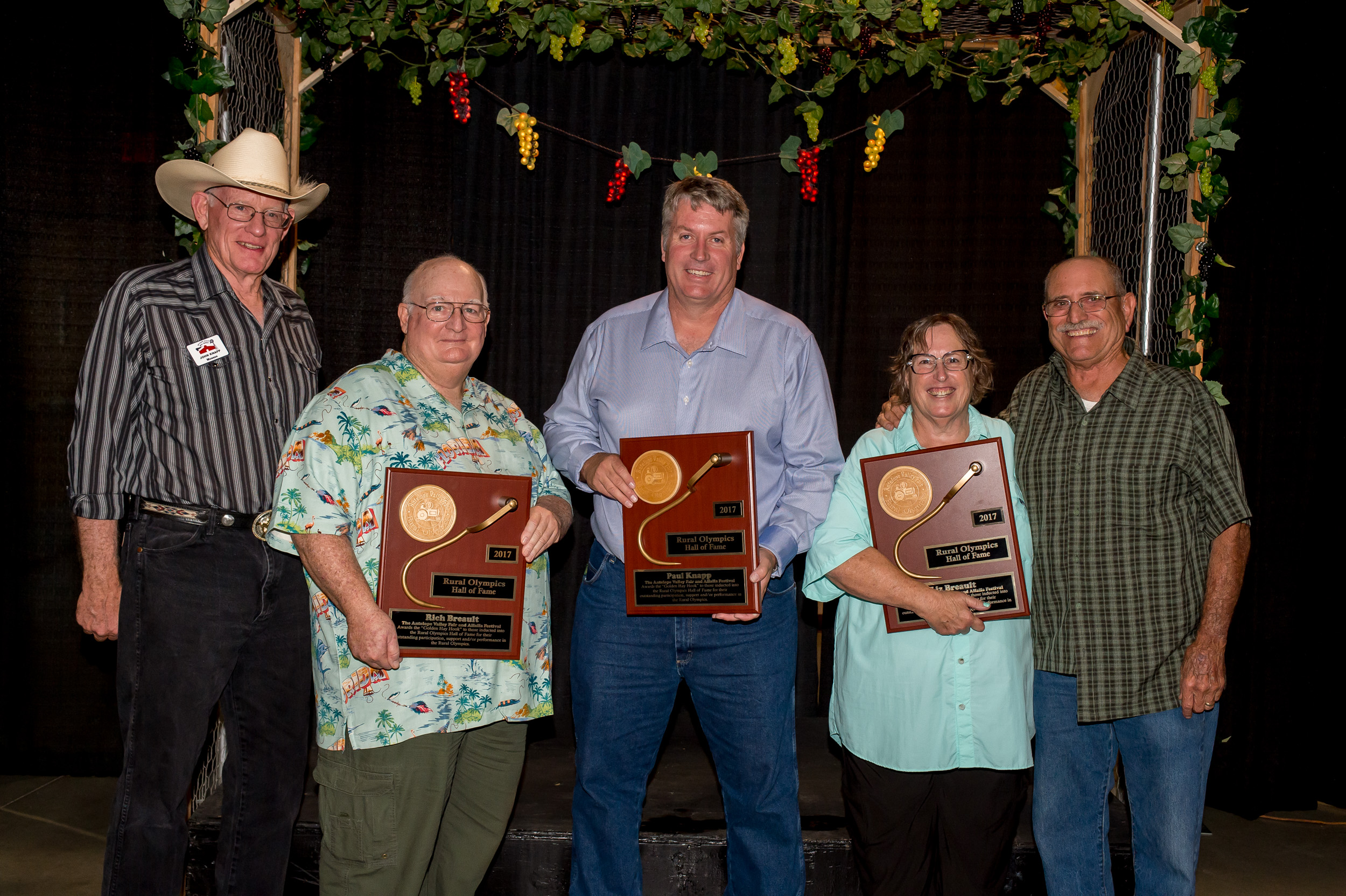 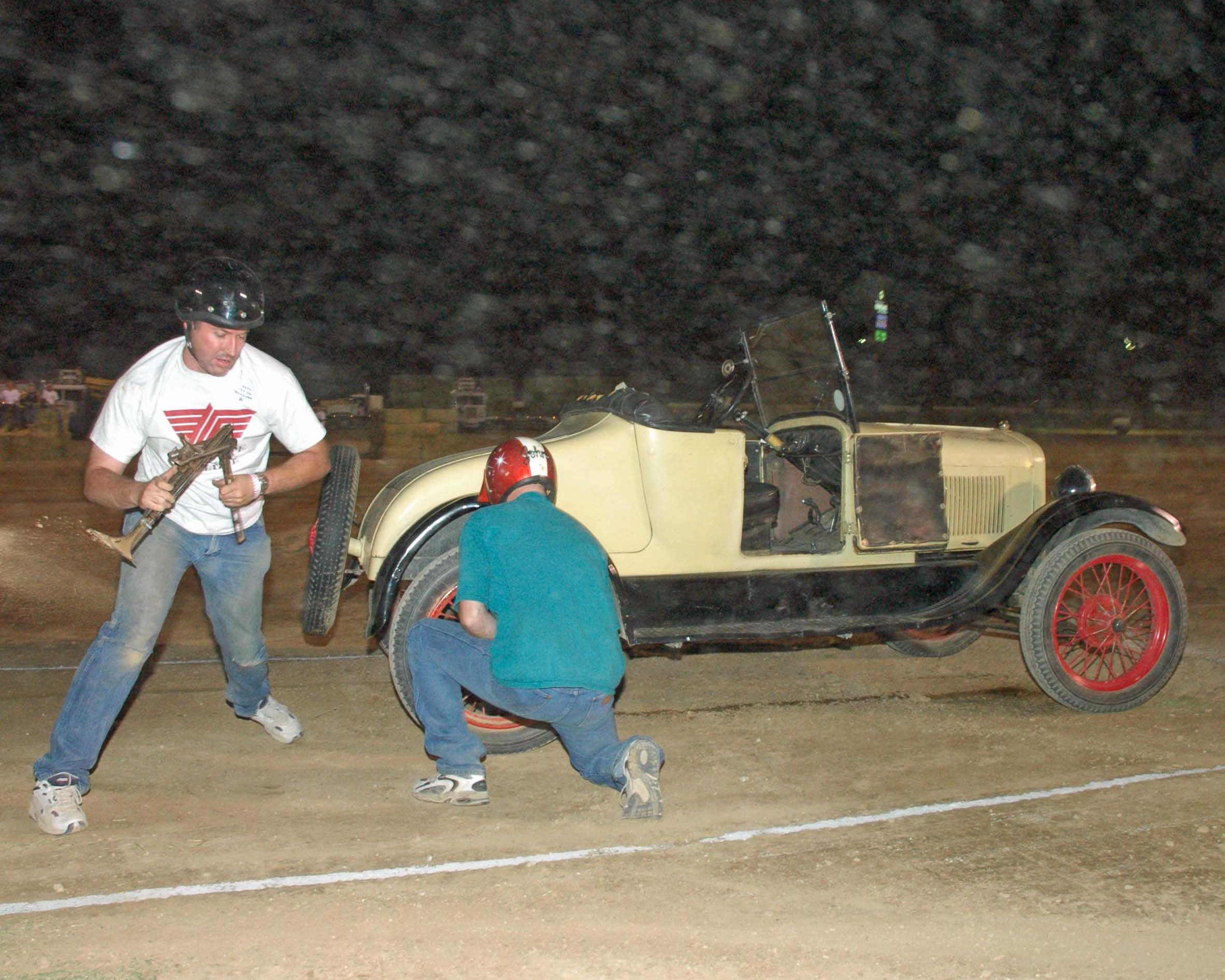 Paul Knapp began competing in the Rural Olympics in 1989 as mechanic for his dad John. They placed first and set a new record time in the Model T Ford Race. Over the next 10 years Paul and John competed together, winning seven times while setting new records twice. After John retired from the Model T Race in 1999, Paul took over the driving duties with his brother Pete serving as mechanic. Paul drove to victory six more times by 2005. The following year the Model T Race was replaced by the Auto Dash Race, which Paul and Pete won, establishing the first record in that competition. The brothers competed until 2008, when Paul moved away to continue his education, and become a medical doctor. Paul joins his father and brother in the Rural Olympics Hall of Fame. John was inducted in 2012 and Pete in 2015. With Paul’s induction, the Knapps join the Jaquas as the only Hall of Fame families with three members.

Pictured are Paul running with the jack and Pete mounting the wheel & tire during the Model T Ford Race at the 2004 Rural Olympics.

The Breaults’ dedication to the fair and the Rural Olympics was demonstrated by their outstanding photographs and articles.

They were also very supportive of the efforts to create the Antelope Valley Rural Museum. Not only did they help with photos and articles, but also as contributors to the exhibits and the building fund.