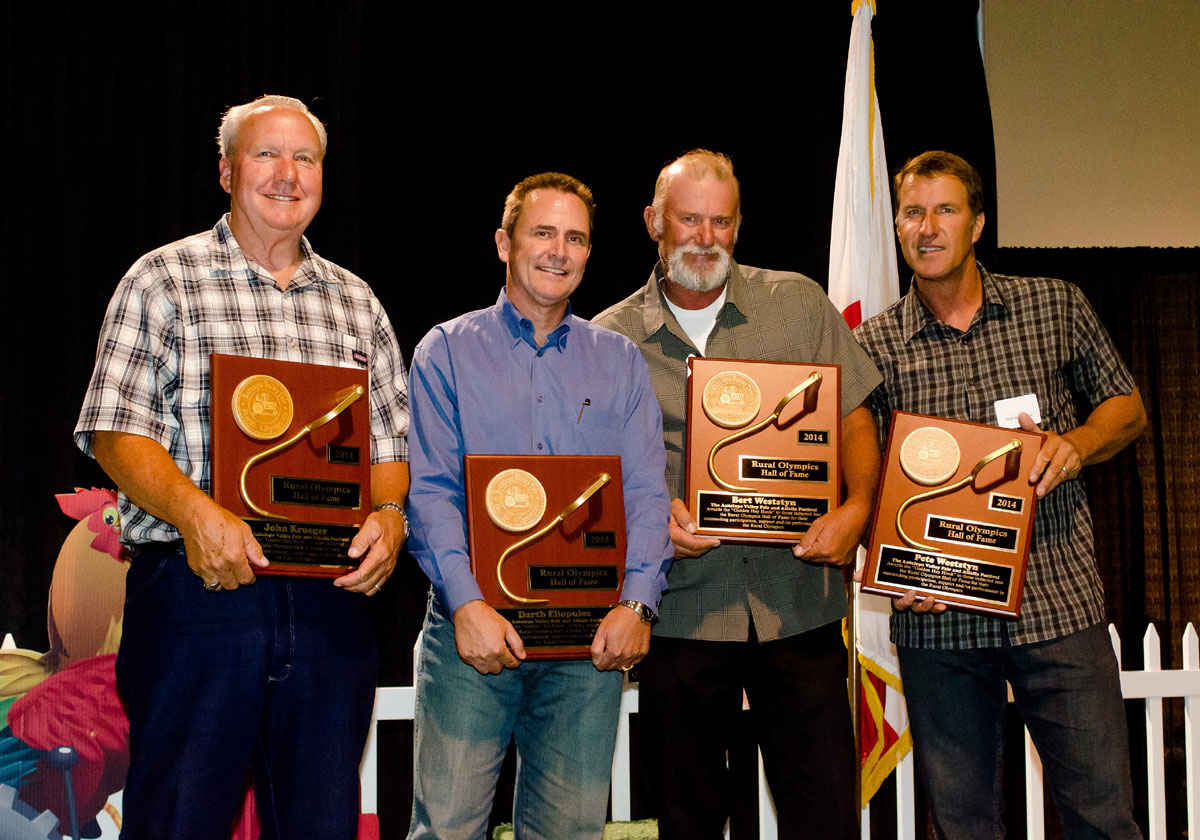 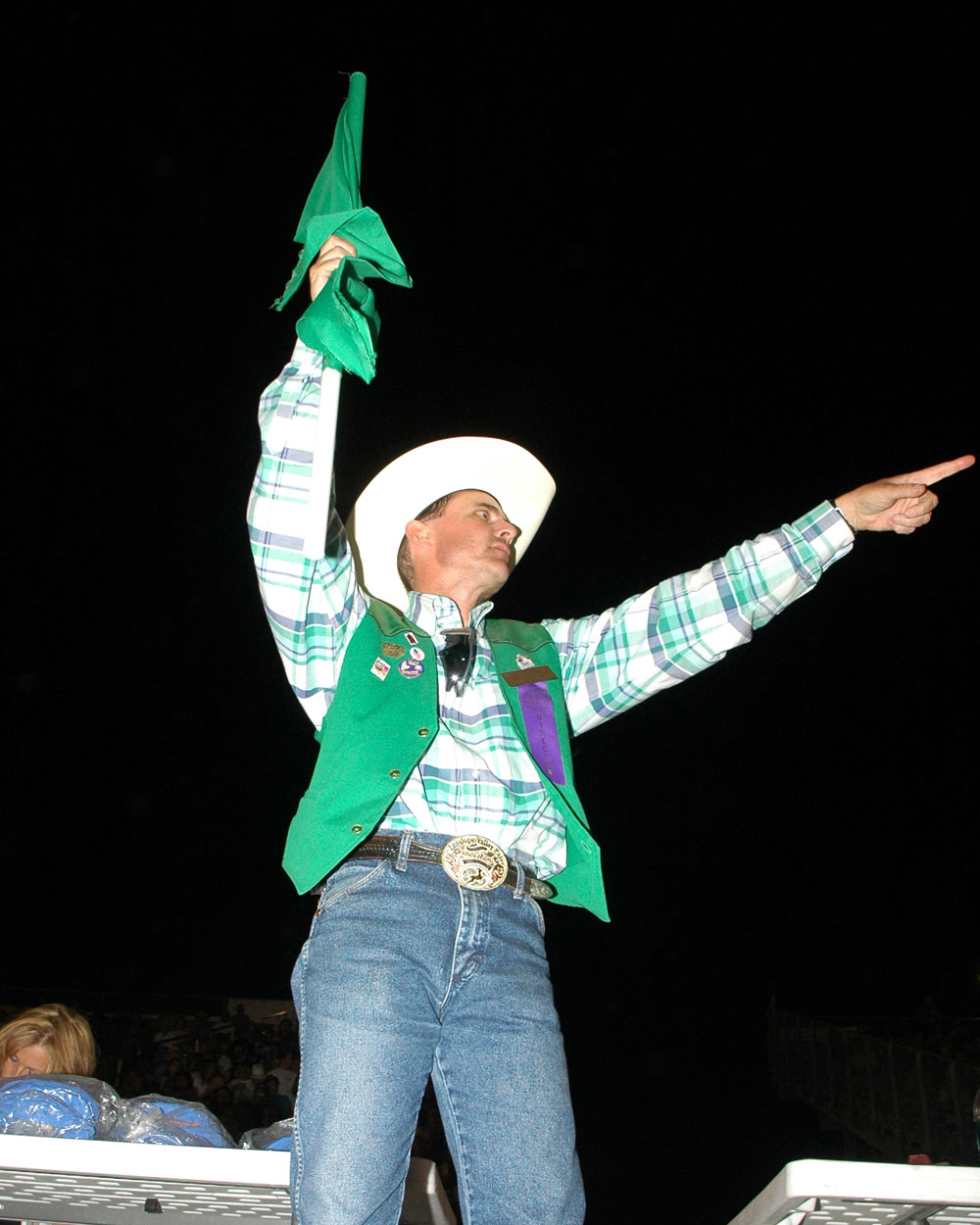 Darth Eliopulos joined the Rural Olympics Committee as a young man in 1975. His first job was as a Runner, delivering the timers and judges results from the infield to the announcer with as much speed as possible. Darth continuously served on the committee serving in several capacities including Announcer from 1983 – 2000, and AV Fair Director in charge of the Rural Olympics from 2002 through 2013.
Serving on the Board of Directors at the Antelope Valley Fair and Alfalfa Festival has been a common trait of the Eliopulos family since Darth’s great uncle Gus served on the first board in 1941. Darth’s dad Ted Eliopulos was a fair Director from 1973 through 1993, and Darth served as an AV Fair Director from 2001 to 2013. 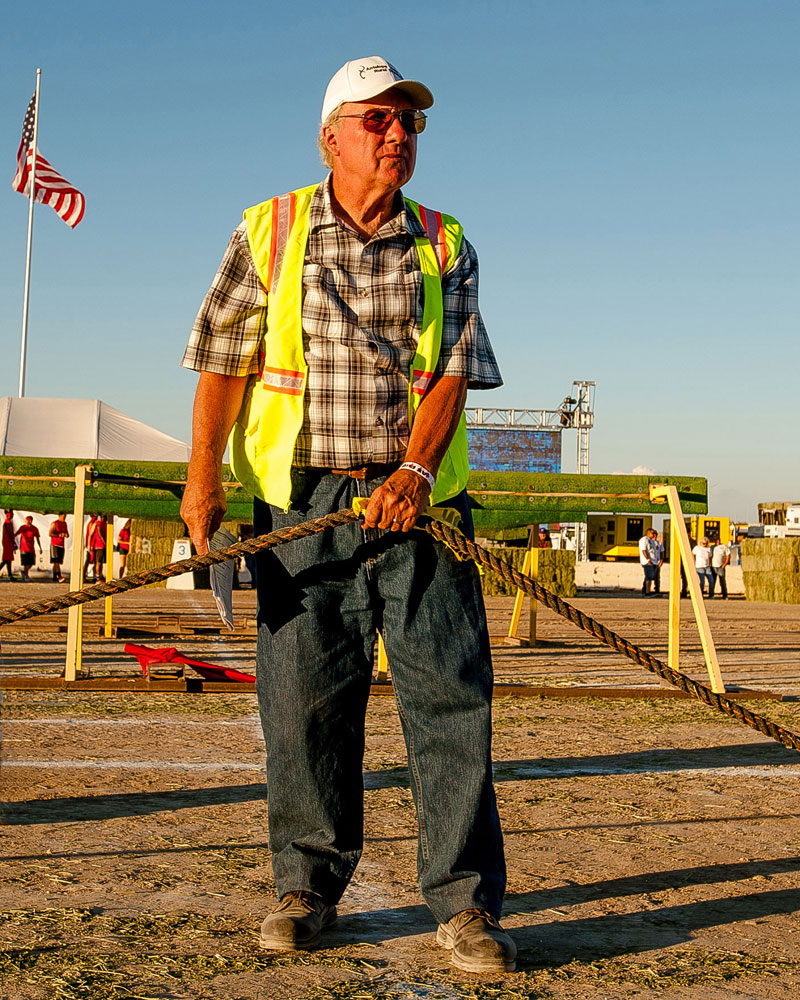 In 1961 John Krueger competed in the Rural Olympics for the first time as a driver in the Men’s Tractor Stake Race with Sickle Bar. He competed another fifteen times until 1976. John joined the Rural Olympics Committee in 1993 and has served in many capacities since. John became Vice Chairman in 2012. He was instrumental in bringing back the Tug – of – War Contest, but instead of Eastside farmers versus Westside farmers, John formed a competition between four local high school wrestling teams, as well as a battle of the bands from their respective schools.

John is the ninth second generation inductee into the Rural Olympics Hall of Fame, his father Ray was inducted in 2008. He also received the Blue Ribbon Award from the Western Fairs Association for over twenty years as an Antelope Valley Fair volunteer.

John pictured with Tug of War rope at 2013 Rural Olympics

The Weststyn Brothers – Bert and Pete

Bert and Pete Weststyn competed as a team in the signature event of the Rural Olympics, The Hay Loading Event, for the first time in 1986 when they took home third place money. The next three years no one could beat them. From 1986 through 2011 they competed at least 19 times as a team, coming in first eleven times, second four times, and third four times. 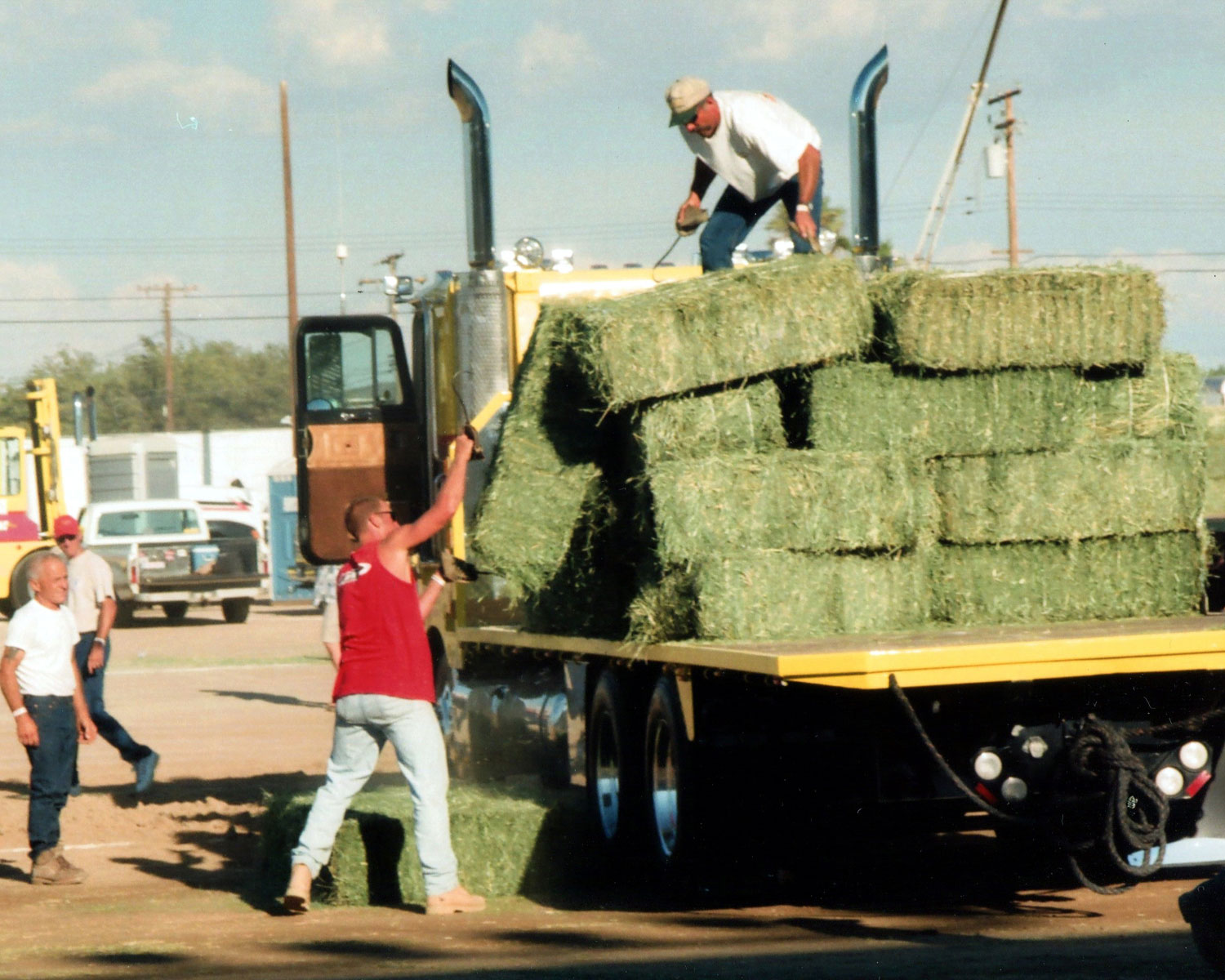 The brothers established a record in 1987, the second year they competed, which would never be broken (the number of bales was reduced from 64 to 48 in 1994). In 2001 they again established a record which as of 2013 had not been equaled with 48 bales loaded and unloaded in 3 minutes 18.31 seconds. 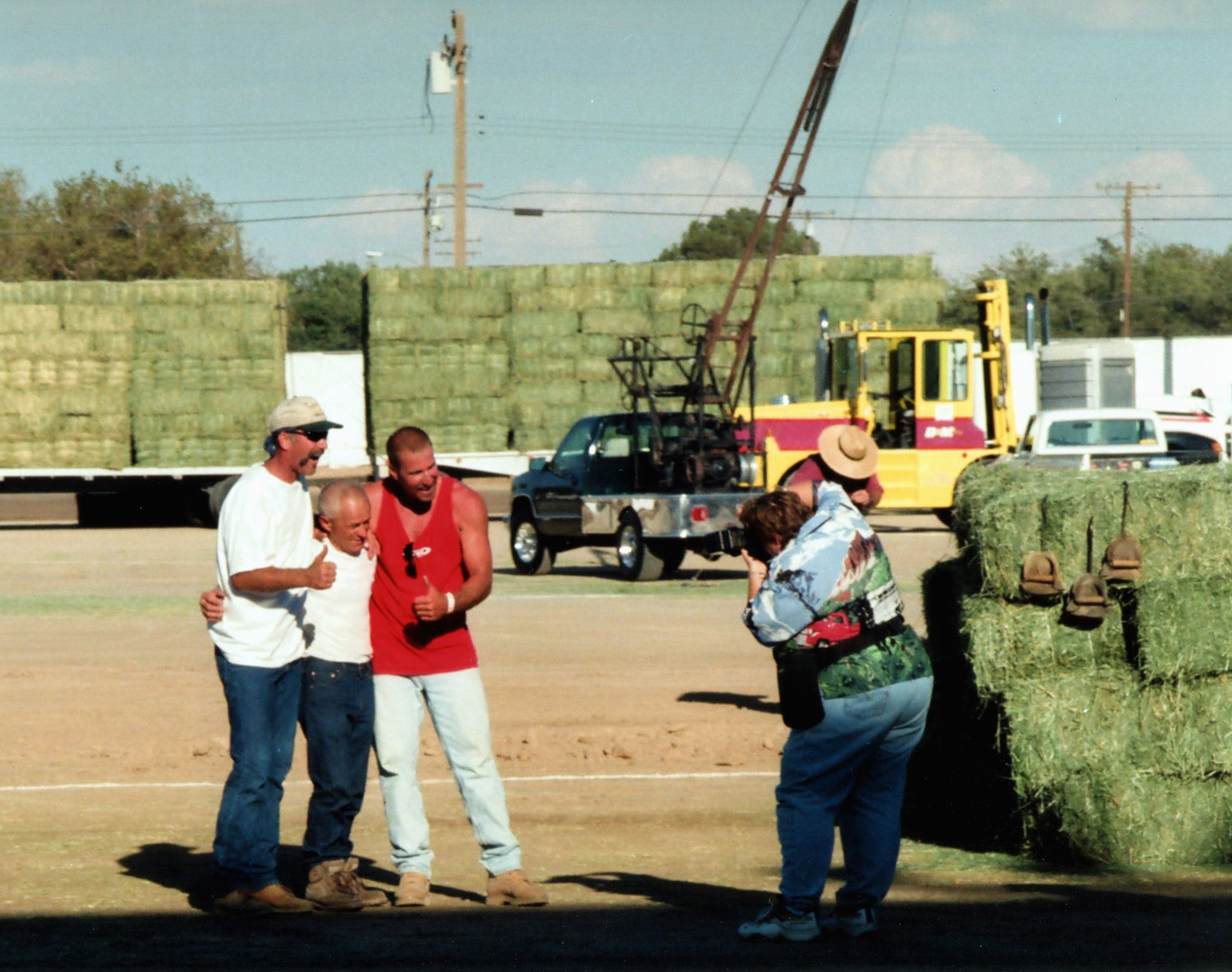