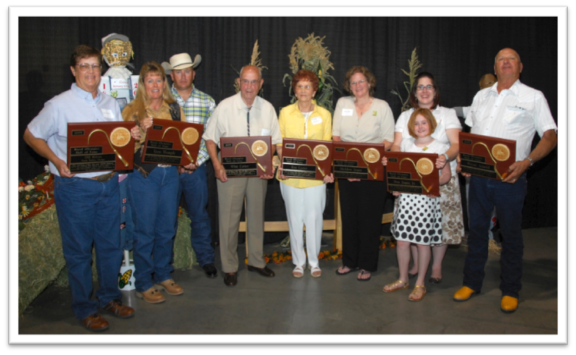 The Rural Olympics Hall of Fame committee selected the following seven candidates for induction in 2009. 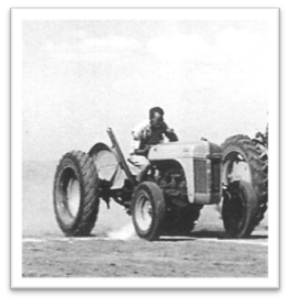 Wayne has been a competitive person all of his life. In 1956 as a thirteen year old he obtained a parental release and competed against his older brother Eddie in the Tractor Stake Race with Sickle Bar at the Rural Olympics. This race requires the driver to drive a slalom race with a tractor and sickle bar totaling fourteen feet in width through ten stakes which are placed thirteen feet-six inches apart and returning back through the same stakes to the start/finish line. Wayne won this event three times and set a record of 1:03.4 min., breaking the record his brother had previously set. He placed second on seven other occasions.

In 1962 Wayne took second place honors in the Automatic Field Loader Hay Loading Event. He also participated in the grueling Hay Loading Contest with Dean Berg in 1966 & 1967. He also served on the Rural Olympics committee as chairman of the Tractor Stake Race, Women Drivers. Wayne has fully restored the 1952 Ford tractor he raced with and donated it to the Antelope Valley Rural Museum. 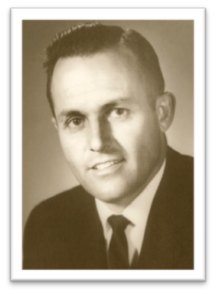 Ron Carter continued the family tradition started by his father Whit by becoming a Fair Director in 1960 and serving as such until 1967. From 1967 until 1974 he donated his services as a timer for the Rural Olympic events and assumed the timer chairmanship from 1975 until 1989.

Ron’s passion and dedication to the Antelope Valley Fair and Alfalfa Festival and especially to the Rural Olympics has never wavered. The Rural Olympics Hall of Fame and Museum Committee are grateful to Ron for his recollections and descriptions of past events and participants which has been a valuable asset for us. 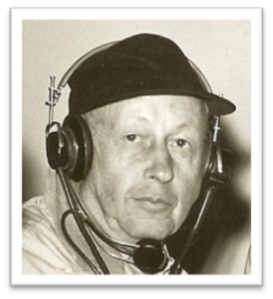 Whit Carter was involved with the fair as early as 1932 and helped form the contests which evolved into the Rural Olympics. He also helped write the bill which formed the 50th District Agricultural Association which made the Antelope Valley Fair and Alfalfa Festival a part of the State Divisions of Fairs and Expositions in the Department of Food and Agriculture, making it eligible for State financial support.

In 1936 Whit began providing the public address sound system for the Farm events as well as the other arena events and parades until 1978. Whit provided the stop watches for all the timers of the various contests and was diligent in keeping these watches synchronized. He also served on the Rural Olympics Committee as the Chairman of the Timers as well as helping with the arena setup. 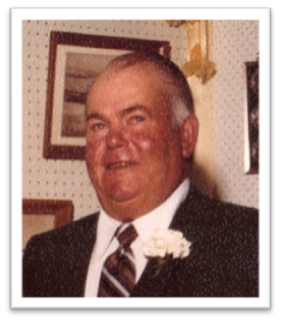 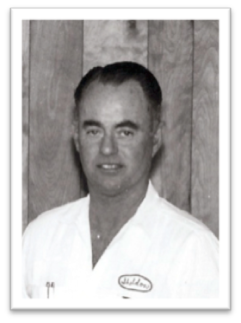 Sheldon and Don began helping their father Don Jaqua, Sr.,”Father of the Rural Olympics”, in 1936 at the ages of 15 and 13 respectively. They did whatever was necessary to help their dad setup and run the Field Events which eventually became the Rural Olympics until World War II interrupted the Fair, and they left to serve their country. After the war they both returned to Lancaster and in 1946 Sheldon, Don, Jr. and Don, Sr. established Jaqua and Sons concrete block manufacturing business.

These two brothers were dedicated and committed to the continued success, popularity, and quality to the Rural Olympics for over fifty years each. 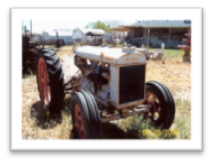 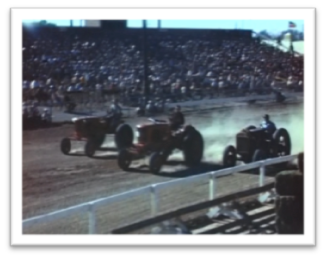 “Old Militia” and Ernie Bailey, tractor and owner-driver are being inducted and honored, partially because of their immense popularity with the spectators and other contestants at the Rural Olympics. Despite the impossibility of this 1929 Fordson tractor being fast enough to win, Ernie enjoyed the competition and the event so much he paid his entry fees and gave it his best, his best being a third place finish in 1951.

Ernie served as a Judge on the Rural Olympics Committee from 1955 to 1967. “Old Militia”, which some referred to as Old Malicious was donated to the Fair several years ago and will be on display as a permanent part of the Rural Olympics Hall of Fame and Museum. 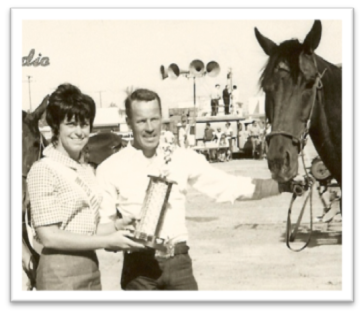 Vern Wemple won more Desert Derby Relay races at the Antelope valley Fair and Alfalfa Festival Rural Olympics than any other person in the twenty-six years the contest was run.

The race consisted of three horses with riders on each team, with as many as four teams competing. At the end of each riders sprint they had to pass the baton to their teammate within the 200 foot allowed distance. This fast paced and dangerous event provided a great deal of excitement and was one of the most popular events ever. 1984 was the final year for this race due to the dangers to both horses and riders.

Vern raced the 20 races from 1960 through 1979, with fourteen different riders as teammates, winning seven times, tying the record in 1963, and coming in second four times. There were a few disqualifications due to the extreme difficulty passing a baton while galloping on horseback. Vern also served on the rural Olympics Committee for several years in the 1970’s.