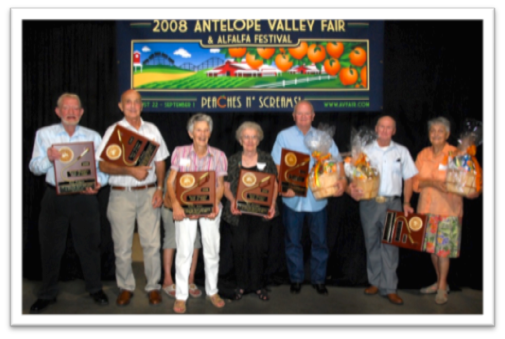 The Rural Olympics Hall of Fame committee selected the following eight candidates for induction in 2008.

Mel Clark worked in the hay business for 45 years making him a natural to be a champion in the Hay Loading and Truck Backing contests at the Antelope Valley Fair and Alfalfa Festival Field Events and Rural Olympics. 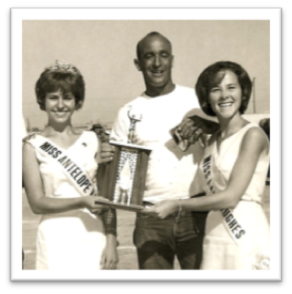 After serving in the U. S. Navy he returned to the Rural Olympics competing for 21 years in the premier event the Hay Loading with a mechanical truck loader from 1960 – 1980. Al placed in the top three fourteen times while winning seven. 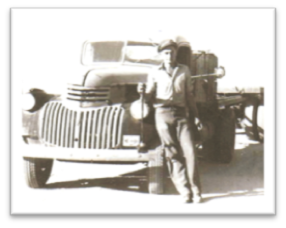 Otis began his Rural Olympics participation during the 1940’s in the Eastside versus Westside Tug of War contests as well as Truck Backing contests as a representative of the companies he worked for around 1946.

After purchasing his own truck he competed in the Semi-truck and Trailer Backing, both closed and flatbed.

From 1948 – 1972 he placed in the top three nine times with two first and a new record in 1952. Otis also served the Rural Olympics as a committeeman for several years. Otis and his wife Bea were awarded the Western Fairs Association Blue Ribbon Award in 1988. 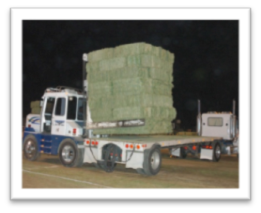 For the past thirty-six years since 1972 John has competed in the Truck and Trailer Backing contest placing in the top three twenty-five times while winning eleven. John has also competed in the Hay Stealing and Hay Squeeze events as well as being instrumental in their development. 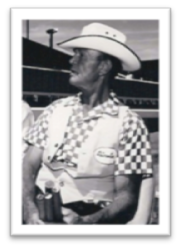 Bobby was involved with the Rural Olympics as early as 1949. He competed in the three-man Mechanical Field Hay Loading event beginning in 1953, winning the first three years and coming in second in 1956, his last year in that competition.

From 1957 – 1973 Bobby was appointed as Fair Director and served as Director in charge of the Rural Olympics from 1961 -1972. After his service as Director he again entered competition in the Men’s Tractor Race in 1973 & 1974, after which he served as a committeeman into the 1980’s. In 1979 Bobby was awarded the Western Fairs Association Blue Ribbon Award for all his contributions to the Fair and especially to the Rural Olympics. Always a fan, always a supporter, always a promoter. 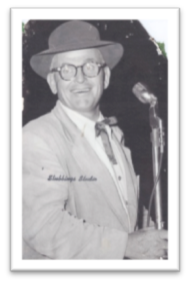 Judge Keller was Justice of the Peace for Antelope Valley from 1934 to 1956 except for time served in the Air Force during WWII. He was also one of the three event judges in the very first Hay Loading contest held at the 1935 Fair.

Judge Keller was very colorful and popular as he served as Master of Ceremonies and Announcer at all Fair events including the Field Days and Rural Olympics every year during his time in AV.

During the 1950’s Ray competed in the three-man Mechanical Field Hay Loading event, the Men’s Tractor Stake Race With Sickle Bar, and his favorite the Tug of War where he served as anchorman for the Westside for numerous years. 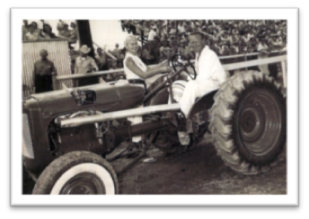 Don took off where his father left off with tractor racing. From 1953-1963 he won four firsts and two seconds as well as several also ran races with his hot rod tractor.

Don was quite a colorful guy and fan favorite with his wild pit crew and his lay back tactic on flying starts, sticking it at the start to go ahead. Don Jaqua would be livid. Don Padgett was one of the most prolific tractor racers of the hot rod tractor era. 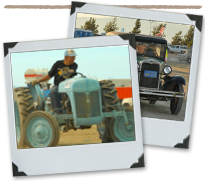