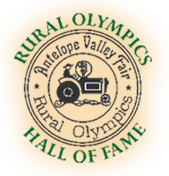 The Rural Olympics Hall of Fame committee has selected the following seven candidates for induction in 2006. 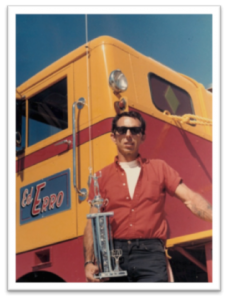 Dean won the Truck and Trailer Backing contest the very first year he competed in 1961. From 1961 through 1978 Dean won the backing competition eleven times, and placed in the top three places all eighteen years. Dean set a new record in 1966 which was not broken until 1973 by Bill Offinga. In 1979 Dean moved to Santa Rosa and did not race again until 1995 when he returned to reclaim the record Bill Offinga had taken from him in 1973. Dean returned for his final Rural Olympics in 1996 and again set a new record and retired as a winner.

The early 1960’s also found Dean competing in the signature event of the Rural Olympic, the Hay Loading contest. Though he was not as proficient in the Hay Loading as he was in the Truck and Trailer Backing Dean still managed to finish in the top three the first four times he tried.

Dean was also instrumental in promoting the Most Beautiful Truck award and found sponsors for it.

As of 2006 Dean Berg was still driving a gravel truck and trailer in the Fontana area. 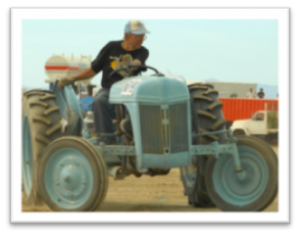 Walt Detjen has the longest standing record in Rural Olympics history. He has held the record in the Tractor Stake Race With Sickle Bar at 58.8 seconds since 1972. Walt first entered this race in 1968 and won on his first attempt. He has competed in this very challenging event every year since, winning thirteen times. In his prime Walt won eight consecutive years from 1970 through 1977. 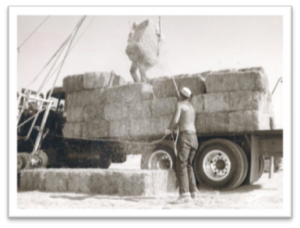 In 1950 the brothers entered the hay loading event for the second time. They not only won but also set a new record. 1952 was the final year of loading the hay by hand. Glenn and Lester beat all competitors including some of the new mechanical loaders. In 1954 the two brothers competed against each other for the first and only time in the hay loading event. Glenn nosed Lester by only two seconds.

Glenn Losey won the hay loading twelve consecutive years from 1950 through 1961, resetting the record seven times. He was the record holder for eighteen years from 1950 through 1967. Glenn was also proficient at the Truck and Trailer backing. From 1951 through 1964 he won five times, established new records four times, and placed in the top three nine times. Glenn also served on the Rural Olympic Committee through the 1970’s.

Lester Losey won the hay loading event ten times with his brother Glenn, and set the record six times. He was the record holder for sixteen of the eighteen years from 1950 until 1968. Lester was also an excellent truck driver, placing in the top three in the truck and trailer backing contest at least seven times from 1954 through 1963. He also served several years on the Rural Olympics Committee. Lester Losey passed away in 1973.

Harold “Red Dog” Mansperger first competed in the Rural Olympics Tractor Race and Hay Loading Mechanical Field Loader (three man team) under a different name in 1947. He does not remember the name because he was entered by someone else since he was only fourteen years old, four years too young according to the rules. He continued to do this for a few years.

Red Dog became part of Rural Olympic lore beginning in 1971 when he won the Hot Rod Tractor Race five straight years. In 1976 the Hot Rods were discontinued because of safety and insurance concerns. 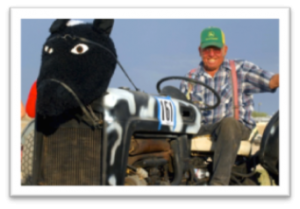 The tractors were capable of speeds up to 90 mph and raced the oval at about 60 mph. Tractor racing returned to the fairgrounds with the introduction of the Antique Tractor Race in 1982. Red Dog won in 1984 and set a new record in 1986. He has won this race eight times and been in the top three places nearly every year.

The Gravel Truck and Transfer event was introduced to the Rural Olympics in 1971. Red Dog competed this first year and for well over twenty years was a crowd favorite wining occasionally and more often than not finishing in the top three. 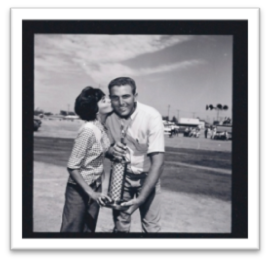 The list of events Ray McCormick has competed in since 1959 include:

In 2006 Ray helped develop and competed in two new events; the Model “T” Ford Dash, and the Tractor Barrel Race. 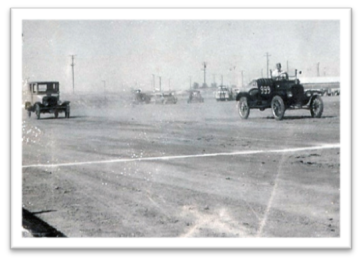 Scott first raced his Model T Ford in the Rural Olympics in 1962 in the four laps Antique Car Race which pitted Dick Kingston’s Dodge against three of the much less powerful Model T Fords. Officially the Dodge outran the three Fords in 1962 and 1963. Unofficially Scott maintained that he won the Model T races both years and the Dodge was just the pace car. Scott was instrumental in bringing this race to the Rural Olympics as well as rules changes which officially made it the Model T Ford Race in 1964 and changed the race from four laps to three laps plus a pit stop and tire change in 1967 with a ride-along mechanic.

In 1964 Scott was also involved with bringing the popular Antique Car Potato Race to the Rural Olympics. He also drove to victory in that first year with Knute Edwards stabbing the potatoes.