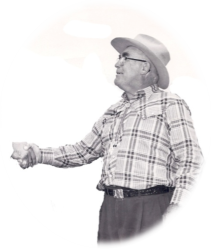 In 2005 the Rural Olympics Hall of Fame selection committee chose Donald “Jake” Jaqua, Sr. to be the first recipient of the Golden Hay Hook award. As Bill Gillis so aptly stated in his May 1, 1983 column:

Others simply referred to him as the “father of the Rural Olympics.”

On September 9, 2005 during a break in the Rural Olympics, Don’s granddaughter Janine Simi, fifth from left, accepted the Golden Hay Hook Award on behalf of the Jaqua family.  Pictured are 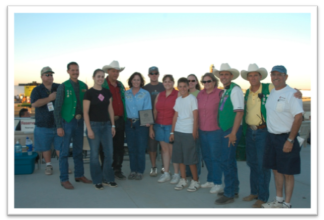